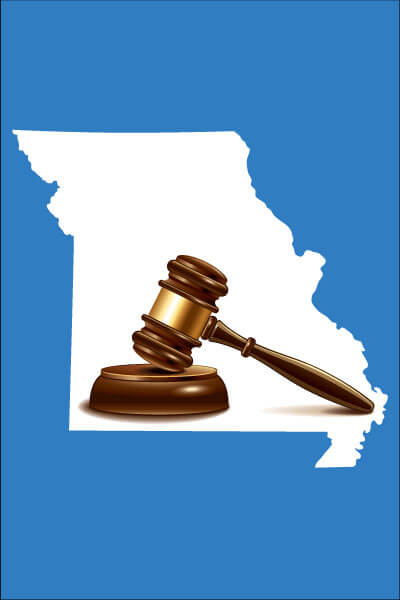 For the most part, the federal government gives each state the leeway to institute its own title loan regulations. This means that the rules for a title loan can be very different from one state to another. Missouri title loan laws do provide some protection for borrowers, but overall title loans in the state are still an expensive proposition.

With a title loan, the borrower is securing the loan with their car, which serves as the collateral on the loan and also determines how much the title loan company will lend the borrower. The borrower keeps their car during the term of the title loan, and repossession only occurs if the borrower defaults on their loan. The title loan application process is quick and doesn’t require a credit check, since the value of the vehicle determines whether or not the borrower is approved for a loan and how much they are approved for. Title loans are convenient, as borrowers can go to a title loan company’s office, go through the application process and leave with money, often in an hour or less. Federal law requires that all title loan borrowers be at least 18 years of age.

A normal application process for a title loan will go as follows:

Many title loan companies also have an online application form available on their websites. Borrowers can complete this form by entering their vehicle information to get pre approved for a title loan, but they will still need to go to the title loan company in person to finish the process and obtain their loan.

Interest Rates and Maximum Amounts for Title Loans in Missouri

While title loan companies use the current market value of the borrower’s car to determine the maximum amount they’ll lend out, Missouri title loans do limit title loan amounts to 5,000 dollars or less.

Title loan rules in Missouri require that title loan terms be a minimum of 30 days. This is a standard term length for title loans across the nation, so most title loan companies in will set up loans of this length. The borrower must pay the entire title loan balance, including the loan principal and the interest, by the due date.

If the borrower is unable to make their full title loan payment by the due date, they have the option of extending the loan, which is commonly referred to as rolling it over. When a borrower rolls over a title loan, they pay only the interest and then a new term starts with the same loan principal. The new term also results in another interest charge. For example, a borrower who took out a 1,000-dollar title loan at 25 percent interest could pay just the 250 dollars in interest after 30 days instead of the entire 1,250 dollars. Then, they would start a new 30-day term with another 250-dollar interest charge.

This option to roll over title loans is one of the reasons that so many borrowers end up trapped in a cycle of debt. They take out a title loan because they’re desperate and don’t have any other options, but then end up with no way to pay it off by the due date, so they pay the smaller interest charge instead. This cycle repeats itself until the borrower finds a way to come up with more money.

Title loan laws in Missouri do offer some protection against borrowers from getting stuck in a cycle of debt, albeit with mixed results. In many states, a borrower can keep extending their title loan indefinitely by paying off just the interest. This means that they could be paying that same loan for years. In Missouri, after a borrower has rolled over their title loan twice, the loan principal must be reduced by 10 percent on every subsequent extension. There are two ways this can happen:

The title loan company can also choose to simply repossess the car instead, which is more likely, since these companies don’t want to lose money by reducing loan amounts.

The first step in repossession for a title loan company is waiting at least 10 days after the payment due date before sending the borrower a Notice of Default and Right to Cure. This is a standard form letter that explains to the borrower that they are late in their payment, but if they pay the correct amount by the last day for payment, they can continue with the title loan contract as normal. The amount and last payment date are on the notice. The notice also explains that failure to pay by the listed date can result in the title loan company repossessing the borrower’s car.

All things considered, the borrower gets 30 days after missing a payment to catch up and prevent repossession of their car. If they don’t do so, the title loan company can and likely will repossess their car.

Once a title loan company repossesses a car, they can sell it to recoup their losses on the loan. Before doing so, they must send another notice to the borrower, this one a Notice of Our Plan to Sell Property. In this notice, the title loan company explains that they have the borrower’s vehicle and plan to sell it. The notice must include the sale’s date, time and location, and inform the borrower that they are allowed to come to the sale and attempt to buy back their car. Finally, the notice must explain to the borrower that the proceeds from the sale of the car will go towards paying their title loan, and that any surplus will be sent to them, but if there’s a deficit, they’ll be liable for that amount.

In 2007, a class-action lawsuit was filed against Missouri Title Loans for failing to follow certain Missouri title loan laws. In particular, the lawsuit alleged that Missouri Title Loans had failed to perform an accurate assessment of its borrowers’ financial situations to determine whether or not they would be able to pay back their title loans, that the lender failed to provide certain necessary notices including the borrower’s right to cancel the loan within one day of borrowing it, and that the lender didn’t follow title loan rules in Missouri stipulating that every loan extension after the first two required a 10-percent reduction in the loan principal.

Another key part of the court case was a provision that Missouri Title Loans put in its title loan contracts. The provision, which is common among title loan company contracts, prohibited borrowers from participating in class-action lawsuits against the lender, instead requiring that disputes were settled in arbitration. While other courts have upheld these types of provisions, the Missouri Supreme Court did not and even referred to it as unconscionable. In throwing out the provision, the Missouri Supreme Court said that since most lawyers wouldn’t take on a case for a small loan amount, the only option title loan borrowers had to protect themselves was a class-action lawsuit.

After over 5 years in court, a settlement was reached for 5-million dollars, which would be paid out as refunds to over 5,000 borrowers. Any borrowers who defaulted on a loan that was at least 3 years old had their finance charges forgiven, and anyone with a defaulted loan less than 3 years old had 25 percent of their finance charges forgiven. Borrowers with current loans at the time had a third of 1 month’s finance charge forgiven. Borrowers who had already paid their loans in full could get a month without interest on a new loan.

Some Protection Through Title Loan Laws in Missouri

Overall, Missouri provides title loan borrowers with some degree of protection. The Missouri Supreme Court ruling against Missouri Title Loans could go a long way in requiring title loan companies to follow the state’s regulations and better verify if borrowers will be able to repay their loans. The state does have solid protections in place regarding repossession, and borrowers at least have that 30 days to catch up on their payment if they miss it.

That being said, the lack of interest rate limits means that title loan companies will still be charging quite a bit to borrowers. While title loans are undoubtedly one of the fastest and easiest-to-obtain loan options on the market, they also cost borrowers quite a bit.