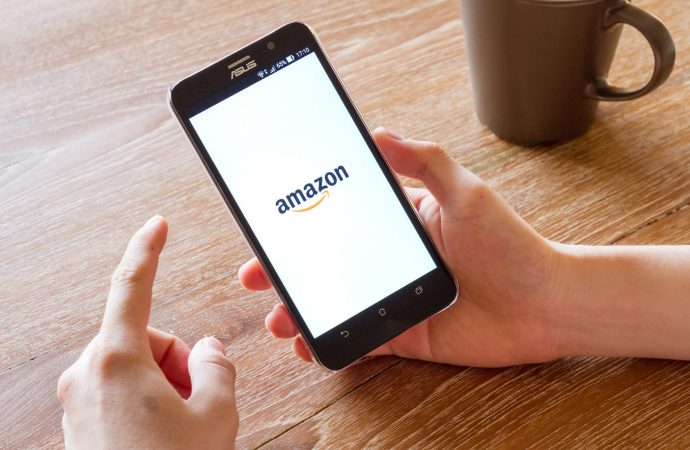 In the last year or so, it is beginning to seem like Amazon is becoming untouchable. From cloud computing and tv shows to credit cards, Prime Day and bookstores, they are controlling lots of different facets. And now, it seems that Wall Street is starting to focus on Amazon’s announcement that they are acquiring Whole

In the last year or so, it is beginning to seem like Amazon is becoming untouchable. From cloud computing and tv shows to credit cards, Prime Day and bookstores, they are controlling lots of different facets. And now, it seems that Wall Street is starting to focus on Amazon’s announcement that they are acquiring Whole Foods now. This is just another component of Amazon’s ever-growing empire which is beginning to gain more and more attention worldwide. Amazon has a lending business.

In the past year or so, Amazon has lent more than over a billion dollars to their marketplace sellers in the form of business loans. Amazon launched their lending business back in 2011. Since the beginning, they have lent over three billion in small business loans to over twenty-thousand Amazon sellers throughout the United States, Japan and the United Kingdom.

The company has created the lending part of their business to make it easier for new and small businesses to easily and efficiently get a small loan. For some businesses, getting the capital they need at the right time can be all that they need to grow their business and set them up on the right path to success. The vice president of Amazon, Peeyush Nahar, has said that small businesses are the DNA of Amazon and that their success is important for the overall success of the company. Amazon provides the capital to these businesses that will help them to expand their operations and inventory at critical times in their growth. A small loan can sometimes go a long way for small businesses trying to succeed.

The lending is only available on an invitation-only basis. Amazon will offer some of their sellers short-term business loans ranging from $1000 to $705,000 to businesses of all sizes that sell through the platform on Amazon. The company will not make public the interest rates that they offer to their sellers. However, they are typically lower than most rates on credit cards.

The merchants who accept the loans can be approved to get their funds within one business day. In many cases, the loan funds are used for financing more inventory or for expanding current business operations. Amazon doesn’t require the sellers to go through lengthy application processes like with traditional lenders of small business loans. Instead, they will use a special algorithm to invite certain sellers into the loan program based on the popularity of their inventory cycles, products and additional factors.

Most loans are repayable in a year or less. The fixed monthly payments are paid through the Amazon account of the seller. The payments will be deducted from the sales the account holder generates. With Amazon’s loans, the sellers will pay no origination fees or penalties for repaying the loan off early. According to information from Amazon, more than half of the original loan applicants will go on to request a second loan at another date.

How Amazon Benefits From Their Lending

There are many ways in which Amazon benefits from lending small business loans to some of their sellers. Below are some of those benefits.

Many are left wondering if Amazon continues to grow their lending services, will they start to look more like a bank instead of just a top site for customers to find great deals on retail items? According to a recent study, thirty-one percent of the survey takes said they would switch from their traditional banks to one from Google, Facebook or Amazon if they offered the same services. In a separate report done recently, it was found that Amazon has a higher customer satisfaction rate than other banks such as Capital One, Citi and TD Bank.

Many traditional banks have cut back their small business loan lending because of a financial crisis. This gave rise to alternative sources for small businesses to get loans for growth and inventory. Amazon saw this need and filled it. Companies like Square and Paypal use data from their businesses to offer credit solutions to their merchants who might not have had access to other traditional forms of loans otherwise. Together, both Paypal and Square have loaned out billions of dollars to their merchants.

Amazon’s Considerations For Expanding Into Banking

There are many questions being asked about Amazon’s consideration for expanding further into financial services for sellers and customers. Below are some of the concerns and questions being raised.

Amazon Lending is a company to definitely keep an eye on right now. This type of synergistic business will be playing an increasingly important role for all of Amazon for many years to come.