Are We on the Brink of Another Financial Crisis? 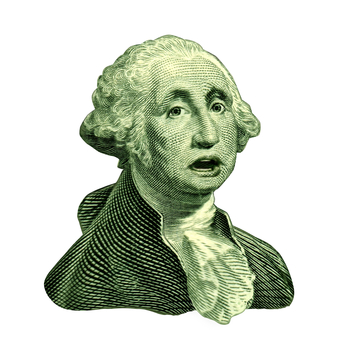 The largely unexpected 2008 global financial crisis is firmly etched in the minds of many as the worst financial crisis since the 1930’s Great Depression. The meltdown was triggered by the high default rate in the US subprime mortgage sector earlier in 2007. Predatory lending practices by private institutions, and prevailing low interest rates pushed

The largely unexpected 2008 global financial crisis is firmly etched in the minds of many as the worst financial crisis since the 1930’s Great Depression. The meltdown was triggered by the high default rate in the US subprime mortgage sector earlier in 2007. Predatory lending practices by private institutions, and prevailing low interest rates pushed many people to take mortgages, which they were unable to repay. What followed was a series of events, most notably the international banking crisis that witnessed the collapse of Lehman Brothers and other financial institutions.

The crisis was also marked by plunging stock markets, prolonged unemployment and foreclosures. It took the intervention of the US federal government and central banks across the world to forestall what would have precipitated into the collapse of the global financial market and ultimately the global economy. Besides the US, the countries that were hard hit by the crisis include Russia, Ukraine, Japan, Mexico, Germany and Turkey. The 2008 financial crisis was followed by an economic downturn and the European debt crisis that affected Greece and other EU countries.

The economic uncertainty being witnessed today has forced many experts to wonder whether we are on the cusp of another financial crisis. The investment manager who famously predicted the 2008 crash back in 2005 sees a pattern that could trigger a similar meltdown. According to an article published by the UK Express on January, 2018, investment manager James Stack used a homegrown Housing Bubble Bellwether Barometer to predict the 2008 crisis and the oncoming crisis. His proclamation is backed by the extreme valuations in the real estate sectors.

The speedy run in housing prices is egged by prevailing low interest rates that could lead to a series of rate increases followed by colossal loan defaults as happened in 2008. He is closely watching the homebuilder stocks for signs of the meltdown. The 66 year old manages assets worth $1.3 billion on behalf of high net-worth clients. Similar sentiments have been echoed in the past by billionaire investor, George Soros. Earlier in May, Soros told Time Magazine that the upcoming financial crisis will be prompted by surging dollar and capital flight from emerging markets.

The warning is mostly directed at the European Union. According to Soros, Europe will bear the brunt of the terminated Iran nuclear deal and erosion of the transatlantic alliance between the EU and the United States. The events will see major currency devaluations in the emerging markets. Countries like Argentina and Turkey are already experiencing runaway inflation, which points to this fact. Industry analysts are also keenly watching other potential triggers such as US federal and corporate debt, the return of adjustable rate mortgage, the China debt portfolio and rising conflicts in global trade.

In spite of all the gloom, Bloomberg Business Week columnist Peter Coy thinks otherwise. In an excerpt published in Bloomberg on November 2017, Coy believes the global economy will be good in 2018 unless someone does something really dumb. These claims are backed by a report from the International Monetary Fund showing an upswing in global economic activities after years of subpar growth. The fund predicts an impressive 2.5% growth in the US economy in 2018. The other economies that will record impressive growth include China 6.4% and Germany 1.6%.

Stable outlook will also be witnessed in countries like India and Spain. However, the optimism will not be felt at the same level in sub-Saharan Africa, Latin America and Middle East. Economists believe a healthy growth is crucial in cushioning the world against future downturns. The stability of the global economy will also depend on how well entrepreneurs and consumers, whether rising geopolitical threats affecting the world. For this reason, respective governments need to do their part by cutting taxes, lowering interest rates and increasing spending in key growth areas.

In a report published by The Nation Magazine, Krishen Mehta the former Senior Partner of PWC and a respected Global Justice Fellow at Yale University says the US has a reason to worry, and he offers a 4 point solution. The solutions include: strengthening the Dodd-Frank Act; reining in culprits involved in corporate misconduct; clamping down on the shell companies and getting corporations out of politics. The Dodd-Frank Act was ostensibly established to give the federal government an oversight role and authority over the US financial institutions.

The enhanced prudential standards emphasized stricter risk management requirements, stress test and pragmatic resolution planning. However, components of the act were revised in May 2018 and this opened the doors to potential risks. New regulations now forbid the federal government from applying oversight on banks with up to $250 billion in assets. The easing of the restrictions has seen some of the leading financial institutions in the US such as Goldman Sachs and American express issue risky, unsolicited secured loans of up to $100,000. If left unchecked such decisions can easily lead to serious financial calamity.

Deregulation has also made it easier for banks with assets amounting to $ 10 billion or less to be exempted from the Volcker Rule, which restricted the use of customer funds in making printable investment initiatives. Shell companies are notorious in facilitating undesirable practices such as tax evasion, money laundering and influencing politics. The US needs to address this problem head on by closing the loopholes to secure the country’s financial system. The government must also rein in runaway corporate misconduct by prosecuting the culprits involved in the acts.

In view of the billions of dollars spent in the bailout, Mehta notes that no serious cases of financial impropriety were forwarded for prosecution following the 2008 financial crisis. He reiterates that executives and corporate boards must always be held to account. Corporations offering donations to influence politics must also be stopped to give the legislatures the free hand to legislate without favor. With these changes, emancipated politicians will aptly stabilize the financial system and scrutinize corporate actions. The benefits will go a long way to build public trust and confidence.