What is the future of the CFPB in a Donald Trump Presidency? 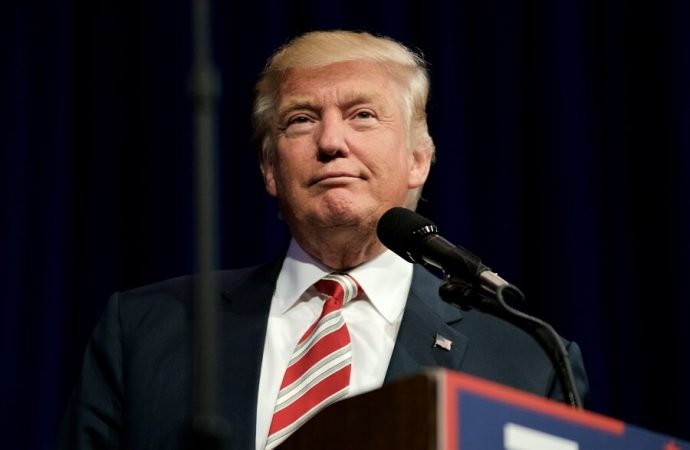 The CFPB Under a Trump Administration: What You Need to Know The 2016 election to succeed President Barack Obama was a surprising turn of events that many Americans are still trying to understand. The prospect of the United States being presided by New York billionaire Donald Trump was an unlikely scenario, but now that voters

The CFPB Under a Trump Administration: What You Need to Know

The 2016 election to succeed President Barack Obama was a surprising turn of events that many Americans are still trying to understand. The prospect of the United States being presided by New York billionaire Donald Trump was an unlikely scenario, but now that voters have decided their political leader for the next four years, the time has come to take into account what the future may bring.

Many of the talking points pushed by President elect Trump during his controversial campaign have been revised downward in an effort to conform to reality. Some examples in this regard include the wall along the southern border with Mexico and blocking the entry of people who adhere to the Islamic faith. These harsh proposals have been softened, but there are two particular talking points that political analysts are concerned about: the Dodd-Frank Act and the future of the Consumer Financial Protection Bureau, better known for its initials CFPB.

The Dodd-Frank Act was enacted in the wake of the 2008 crash of Wall Street, which was caused in great part by the ample leeway that financial institutions had in relation to the debt instruments they created, managed and sold to American consumers. Congress took a hard look at certain financial products such as subprime mortgage loans, which many legislators believed were too complex for borrowers to understand.

A major provision of Dodd-Frank was the creation of the CFPB, which was proposed by Elizabeth Warren, a Harvard professor known for her extensive research into the personal bankruptcy trend of the late 20th century. One of the major accomplishments of the CFPB has been in the area of mortgage lending and the disclosures made to borrowers when they buy homes or refinance existing loans.

What President elect Trump would like to see under his administration is a radical overhaul of Dodd-Frank. A few months before the election, Trump expressed his desire to dismantle the law because he believes it is detrimental to business financing. In an interview with Reuters, Trump described Dodd-Frank as a major impediment to American bankers who find it difficult to offer loans to business owners.

In very broad terms, Trump would like to limit the oversight powers that government regulators currently have on financial institutions, and he thinks that doing away with the CFPB would be conducive to his reform plans.

Trump’s proposal to do away with the CFPB is hardly a new concept. Texas Senator Ted Cruz, a former Republican candidate whose strong criticism of Trump was seen as a sign of a fractured GOP, introduced a bill to repeal the CFPB in 2015. This proposal, which was initially met with Democratic opposition, would be easier to pass under a Trump administration that features a House and Senate under Republican control.

One of the arguments presented by Senator Cruz in support of eliminating the CFPB is the leadership structure of this agency, which is under the purview of a single director. Other agencies such as the Federal Trade Commission are managed by a committee of five members; however, the CFPB was created in a certain manner that seeks to avoid Congressional politics that could derail policy.

In the five years since the enactment of the CFPB, the agency has been very active issuing directives and new regulations that have been welcomed by consumer protection groups but not so much by financial industry leaders. Republican Members of Congress believe that the leadership structure of the CFPB leads to arbitrary decisions that are not always the best for the American economy.

Although President elect Trump has mentioned his intention of introducing an initiative that will do away with the CFPB, doing so will not be so easy due to the manner in which the Dodd-Frank Act was written and implemented. Nonetheless, Trump has made an early and clever move towards minimizing the influence of the CFPB through his appointment of Paul Atkins to lead the team that will oversee the transition of the agency into the new administration.

Atkins served as a member of the Securities and Exchange Commission during the Bush administration. He is known to be in favor of not imposing too many regulations on the financial industry, and thus he may be able to work from within when the White House calls for an overhaul of the CFPB under the Trump administration.

The Reality of Reform

Details about how exactly President elect Trump intends to handle the CFPB are still forthcoming. Seasoned political analysts have explained that dismantling the agency will be nearly impossible. Should Trump decide to push for legislation to completely repeal the CFPB, he may encounter opposition from his own party.

Comprehensive reform to existing laws in the United States is not a simple task. The immigration reform package that was introduced in the early days of the first Obama administration is an example of how difficult it can be to pass such wide-ranging legislation even when it is backed by the Senate and the White House.

Some political analysts have mentioned that upending the CFPB would accomplish little in the way of stimulating the economy. What Trump more likely wants is to ease up on the onerous rules that the agency has imposed on banks and lending institutions. There are many Americans who could use quick cash while they wait for the economy to fully recover; it would be wise of the Trump administration to look into the CFPB issues that are unfavorable to lenders and to the borrowers they wish to serve.

Some of the work that the CFPB has completed since its inception has been beneficial to the financial industry. The simplification of the mortgage disclosure forms, for example, has brought about positive change at the closing table. In the past, complicated worksheets like the HUD-1 Settlement Statement resulted in confused home buyers who requested more time to mentally process what they were getting into.

The new mortgage disclosure forms are easier to read and do not require an experienced escrow officer to decipher. At the same time, some of the CFPB’s mandates have resulted in a limited ability by banks and lenders to market their products to consumers at a time when economic prospects are not the best in the U.S. Some states have expressed a desire to have more autonomy in relation to financial services offered within their jurisdictions; this would be a good time to empower state legislatures instead of deferring all regulations to the purview of the CFPB.

The Future of the CFPB and Financial Services

There is one way that Trump could be able to bring about positive change in the CFPB, and that would be through strategic riders attached to other bills that may not be directly related to the CFPB. Such riders often serve as compromises between legislative factions so that bills can be approved and enacted without causing partisan blockades that do not benefit Americans.

Similar to the good work of the CFPB, the Trump administration should not approach the Dodd-Frank Act in an overzealous manner; some provisions in that law have been positive for the American economy, even if they may appear to be unusual. For example, the Dodd-Frank Act requires investment banking firms such as Goldman Sachs to diversify their holdings by offering retail banking products. This has prompted Goldman Sachs to offer savings accounts and even personal loans as a matter of compliance; these products have thus far been welcomed by consumers because they are competitively priced, even though it seems strange to see Goldman Sachs offering debt consolidation loans.

In the end, the Trump administration would be better off taking a good look at what the CFPB has accomplished and what could be done to improve its operations before making any harsh determination to completely eliminate the agency. There is also another matter to consider: Trump’s distaste for lobbying, which he often flaunted during his campaign trail, could backfire as he tries to take down the CFPB. Some of the political lobbies related to the banking and lending industries are very powerful and will not go away so easily. If a lobby emerges to defend the CFPB, the White House could see a political fracture in Congress that may last for the entirety of Trump’s presidential term.