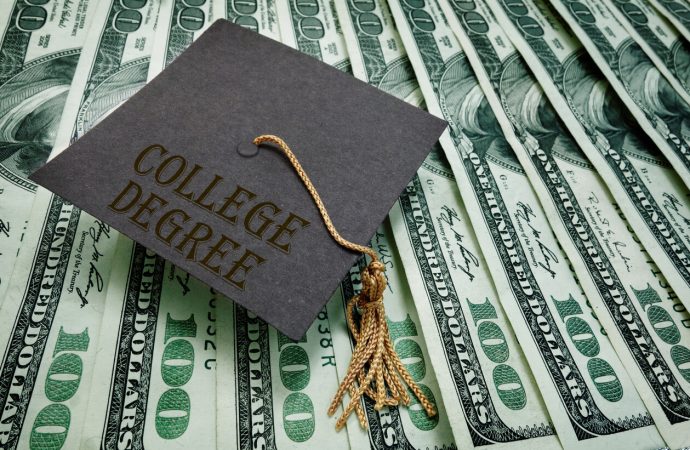 Department of Education Requests Congress to Eliminate PSLF by Summer of 2018 For students, graduating with a degree is the endgame. However, what comes after that might not always be in the graduate’s best interest. After taking out loans to help pay for college, graduates sometimes find it difficult to pay back those loans, which

For students, graduating with a degree is the endgame. However, what comes after that might not always be in the graduate’s best interest. After taking out loans to help pay for college, graduates sometimes find it difficult to pay back those loans, which was what began the initial PSLF program. The new White House administration has begun to make some changes to this program, with plans to even do away with the program entirely. With these new statements, students might be wondering what this means for them in the future.

With so many people confused about what this will do for borrowers in the future, it is probably best to dive in further to truly understand what the elimination of the PSLF will do to education in general, borrowers, and current student graduates in the program right now. There isn’t much information about what is to come because no one knows. While the decisions are being made, there is much that students can do to prepare for such an event happening.

What is the PSLF?

The PSLF is just a quick way to say Public Service Loan Forgiveness, which is a program that was created to help provide loan forgiveness to students who were not able to pay back their loans promptly. According to Slate, students could have all of their debts erased by simply working for ten years for a nonprofit or government organization.

When this program was created, the idea was to encourage more students to go into public service jobs, but it hasn’t worked the way it was intended. Instead, it has been criticized without considering the impact that the program has on the government as well as the student borrowers in the program.

The program also has steep and ridiculous guidelines that make it difficult for many students to access the help. What good is it doing for most students anyway?

Before the change in office, a plan had been proposed to put a cap, or a forgiveness limit, on the program because many borrowers were using the program to earn forgiveness for hefty debts after obtaining expensive degrees from expensive colleges. The cap was never fully into place, which is what spawned the idea for the new Secretary of Education to completely do away with the program.

Many people are upset with the new Secretary saying that her actions are diabolical, but consideration for the cap that almost went into place by the former secretary would prove that the program would have only alleviated some of the student loan debt for borrowers. The program would have been all but gone anyways.

Since the forgiveness program came into being, many people have looked negatively at the program, but some have begun to look negatively at the closing of the program as well. IN a way, it seems as though the Department of Education can’t win for losing in this situation. No matter which decision they make, they will not make everyone happy at the same time.

The fact of the matter is, the Department of Education will need to consider the economy when making the decision. Since the common people can’t make the decision for the Department, they should instead prepare as much as possible for what might come in the next year. The amount of preparation needed would certainly depend on how much was borrowed and how much money students are expected to make after graduation.

The plan is to completely get rid of the PSLF program. There will no longer be a way to work off the debt at nonprofit or government-owned businesses, and there will no chance for borrowers to easily pay off their debts. For some, this might seem a little harsh, but when looking at the bigger picture, it can be beneficial.

Times had changed considerably since 2007 when this program was initiated. Job creation is rising once again, and this might make paying back loans easier since finding a job is not as difficult as it has been in past years. Though the Department of Education’s plan might not seem like the best idea right now, in the long run, it might be the best decision for student borrowers.

Market Watch has compiled a short article speaking of only the negative aspects of this change to the program, but what they don’t mention is how much it will aid the economy in years to come. The students who have been in the program for a few years have expressed their concerns about the elimination of the program in the future, and they even make a few good points. However, they still never mentioned the impact this program has on the economy. The country, while trying to get out of debt, is simply wiping away debts of others, which is increasing the debt of the country as a whole. The money borrowed by students has to come from somewhere, and the money given by the government has to come from somewhere. With more money going out than coming back in because of this program, the economy has suffered.

What will this do for Students?

What will the ending of the PSLF program do for students? That question is quite hard to answer. For students in school right now, it can mean the opportunity to plan, which is what student loan and financial aid offices at the colleges are supposed to do.

Students can work toward a goal of paying off their loan faster by signing up for different activities that might look good on a resume. Since many students have been struggling to find a job, it can hinder their loan payments after graduation. However, by implementing student organizations to help plan for the future after graduation, students can leave better prepared than ever before.

For students who are already graduated, learning to balance loan payments and other expenses is something worth looking into. Financial counselors can help get graduates on the right track by setting up a payment plan based on their monthly pay.

For those who might already be enrolled in the program, the Department of Education has not exactly spoken of what will happen to those should the program be disbanded. However, it has been mentioned that these students would likely be grandfathered into the program until their debts have been paid, especially for those who have been in the program for quite some time now.

What can be expected by Next Summer?

Since the program has been expected to be gone by summer of 2018, there is a lot to expect by next summer. A new wave of graduates will exit colleges all over the country in the fall, spring, and summer of the 2017-2018 school year.

When next summer rolls around, many graduates will find themselves searching for a job, looking for a way to pay back their loans, and probably wondering why they did it all in the first place. However, when people stop to think about it, there will be other programs of this sort to help students in a sticky situation.

Financial planning, financial help, and more will be available for those who need the help after graduation. The PSLF will not be the only loan forgiveness program, for those who might be concerned about losing their chance for help.

For everyone else, it is only going to strengthen the economy to help make it easier on these students to pay back their loans. More jobs might be created, the national debt might lower, and overall the economy might drastically change. It is still too early to tell what to expect by next summer. The idea to disband the program might be overturned, giving some people the peace they needed. The program might be cut completely, giving others the peace they needed.

The Public Service Loan Forgiveness program has been around since 2007, helping students get their student loans forgiven just by working for nonprofit of government companies for ten years. While it started out as a great way to get students involved in public service, the program has been failing for quite some time.

Because student borrowers have been taking advantage of the program to eliminate all of their student debt, the Department of Education has made a motion to disband the program.

Many students are not excited about this change in the loan forgiveness program because it might prevent help to those who need it or even leave those in the program already stranded with a hefty loan still outstanding.

While it is hard to say what will happen in the coming months, it is possible that other loan forgiveness programs will spring up, free of government control. It is also possible that the economy will grow after the elimination of this program. However, there isn’t much that can be said to prepare students for the future. Instead, students should always be prepared to pay back their student loans six months after graduation.