Google to Ban Payday Ads but Invests in LendUp 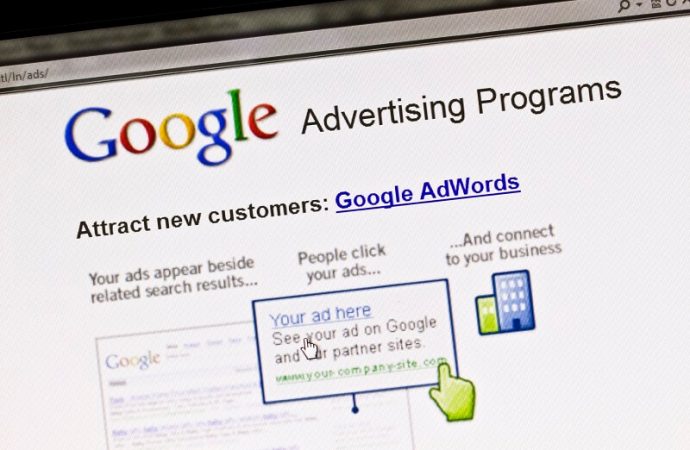 The primary function of Google Ventures is to make money by investing capital into “companies that push the edge of what’s possible”. Their portfolio of over 300 cutting edge companies like Uber and Jett.

Google’s goal also to make money, just in a different way. Being the world’s largest search engine means that advertising space is at a premium. Smart investment in innovations such as Google Play, Android and Chrome haven’t hurt the company either.

Starting July 13, 2016, Google will no longer be allowing ads for payday loans. The company cites that this decision is because payday loans are “deceptive or harmful financial products” and “can result in unaffordable payment and high default rates for users.”

This ban will include ads for any loan where full repayment is due within a 60 day period and loans with an APR of 36% or higher. Why would Google invest in a company that by their own standards is predatory?

Since the financial collapse of 2008, many lenders such as banks and credit card companies will not finance what they consider to be high-risk, subprime applicants. Many of these applicants are considered high risk due to poor credit or low income.

With traditional lenders not available to them in times of need, it leaves a door open for less scrupulous lenders to step in and take advantage. Often the borrowers fall into a “lending trap”- borrowing more money to cover what they owe and paying many times over the value of the original loan.

What is a Payday Loan?

Payday loans are short term loans that are usually for lesser amounts.

The three most common features of payday loans:

Features of loan vary by lender and local regulations. Payday loans or cash advances are often set up to be paid off in one lump-sum payment. However, interest-only payments are not uncommon. These are often called renewals or rollovers. Some payday lenders structure the loans so that the amount can be paid in smaller sums over a period of a few weeks or even a few months.

Flurish Inc., which was founded in 2011, by Sasha Orloff and Jacob Rosenberg. Google Ventures invested in Flurish Inc., which operates LendUp. The company touts itself as a better alternative to payday loans, but at first glance, it really does not look that different.

New customers can apply for a loan from $100 to $250 that will come due between seven and thirty days from the date of issue. The average initial rate is almost 180%. That is where the similarities seem to end.

Is LendUp Different than PayDay Lenders?

Customers have the opportunity to lower their rates with consistent on-time payments and completion of the courses they offer to educate consumers on credit usage. Where the initial rate can almost as high as 180%, the customer can work toward a rate as low as 29%. Also available (by invitation only) is a low limit unsecured credit card. Traditional payday loans do not offer these type of programs or incentives.

The completion of these courses and building a reliable credit history with the company not only allows customers a better rate, but it also offers them a chance to earn longer loan periods with a higher credit line.

Customers are rated in four categories:

Silver level loans have the highest rate of interest, but they also give customers who traditional banks will not touch the opportunity to have funds available to them that they otherwise wouldn’t have.

Gold level loans have a slightly better rate than Silver level, but still have a fairly high rate of interest. It is the second step up the “Ladder”. Platinum level customers can have their good payment history reported to the credit reporting agencies and receive even better rates than the previous two loan levels.

The best interest rates are achieved at the Prime level. Not only are the interest rates lower than all of the previous levels, but good payment history is reported to the credit reporting agencies.

As the customer progresses into the higher classifications, not only will the interest rate drop, but good payment history can be reported to the credit bureaus. Typical payday lenders do not offer this.

If Google Bans Payday Ads, How Will This Effect Their Investment in LendUp?

According to a recent article in The Huffington Post, the new Head of Government Affairs for the company commends Google for a step in the right direction. In a similar op-ed piece, “Google is Right to Ban Short-term Loan Ads, But I Won’t Stop Offering Short-term Loans. Here’s Why….” co-founder Sasha Orloff also stands behind Google’s decision to ban the ads. He states that they are working the same problem from two different ends.

“Does it feel good to be lumped in with the industry? Well, not exactly. But the marketing of these products has to change to better protect consumers from deceptive practices, illegal products and identity theft.

If effectively enforced, Google’s ban will push the payday loan marketing competition away from ads and toward natural search, where safer alternatives with quality content can shine.”

Mr. Orloff states. He goes on to say, “We’re proud of our work, and we’re very happy to take the fight to a more reputable arena.”

It seems that Google Ventures believes enough in the mission and goals of the brave little startup to invest.

And while it may seem that Google Inc. has dealt its sister company a devastating blow, in reality it may be one of the most genius marketing schemes ever.

Not only are they eliminating advertising for the competition, but by creating a press worthy controversy they managed to get lots of free advertising themselves!