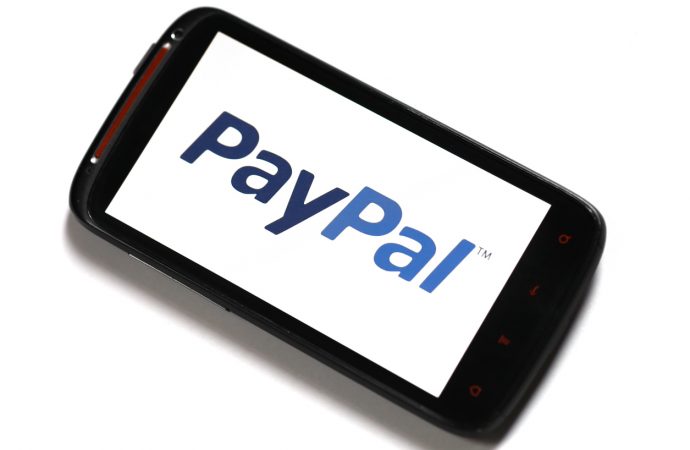 PayPal Makes Investment in StartUp PayPal has decided to make what it is calling a strategic development in the financial company Lendup. The deal was announced at the end of June. The popular payment sending and receiving service’s decision will help support what is known as overlooked borrowers. The details of the actual investment amount

PayPal has decided to make what it is calling a strategic development in the financial company Lendup. The deal was announced at the end of June. The popular payment sending and receiving service’s decision will help support what is known as overlooked borrowers. The details of the actual investment amount and why PayPal made this choice is not yet known. But PayPal has indicated that it wants to have a full-service portfolio of options for customers while decreasing risk. Overlooked borrowers are being considered by many institutions. However, loan risk remains a concern.

Overlooked or risky borrowers are an underserved group by most financial institutions. This is in part due to the risk that they represent. Other lenders like Lending Club and On Deck faced low fourth-quarters because of their business with risky borrowers. Richard Love an analyst at Rafferty Capital Markets says this is due to a failed thesis:

“Lending Club and On Deck operate under the thesis that the poorest people or the weakest companies can pay the highest interest rates for the loans that they make. The basic concept is flawed. That strategy has been employed for a long, long period and it’s never worked in a public company.”

These two companies are part of the fintech which is to say that they, along with other companies use computer programs and other technologies to facilitate financial transactions. Companies like these have risk associated with them as Lending Club and On Deck illustrate. But technology can help improve products or services. Companies just have to find a better way to implement them in a way that is both safe and responsible for the economy.

Determining ways to engage the overlooked or underserved borrower is something that lenders are starting to examine closely. Standard tools such as credit reports are still being utilized. But real-time behaviors are also considered too. These include:

By engaging in these practices, companies are able to attract a better type of borrower, to begin with. In exchange for these insights, borrowers are given incentives such as better loan rates or lower payments after a length of time.

LendUp is a San Francisco-based startup that has expanded into the underserved borrower marketplace. The company considers itself to be a responsible lending platform and serves borrowers that other banks might not approve otherwise. It offers a ladder system that gives borrowers points for every on time payment made. Borrowers can also receive points for completing credit education tutorials online.

Recently, Lendup announced an expanded partnership with Beneficial State Bank for its L Card. The L Card is a credit card that has been in pilot testing since 2015. The card is aimed at those with damaged credit files or poor credit score that has not been able to secure products from mainstream banking institutions. Sasha Orloff, co-founder, and CEO of Lendup wants to serve the $350 billion market of customers that are usually excluded due to credit:

“As a mission-driven company, we’ve built our business by putting the customer first — that means house-built technology, embedded education, and safe, no-gotcha products. We are proving we can reimagine credit products for the emerging middle class that makes a positive impact on our customers’ lives. With Beneficial State, we’re more than ready to take it to the next level with the L Card expansion. Between our technology, product innovation and mission, we will continue to completely reimagine what had previously been known as the ‘subprime’ category and become these deserving borrowers’ financial services partner of choice.”

While PayPal did not disclose the terms of its investment in Lendup, it does seem to indicate that the company wants to be a part of the underserved borrower market. PayPal has also wanted to be a payment leader in the industry for quite awhile. In order to accomplish this, it has to offer a full menu of options. Lendup would do just that.

PayPal’s CEO Dan Schulman has emphasized that offering credit products is an important part of the company. It already offers PayPal Credit for consumers to finance purchases online. The working capital program provides financing to small and medium businesses. These offerings are incredibly successful for merchants, customers, and PayPal because more money is spent overall compared to places where PayPal is not used.

Like other financial companies, PayPal has been hit by loan losses of over $129 million in the most recent reported quarter from consumer and business programs. The investment in Lendup could be a step in the direction of partnering with more institutions and thereby reducing the risks on their balance sheets. Lendup would give PayPal the access to underserved customers without having to take on the risk burden which would be a positive for investors.

The PayPal investment also brings Sasha Orloff and Dan Schulman together. The Lendup and PayPal CEOs are leaders in the fintech industry. With PayPal’s large global reach and Lendup’s ability to save customers money, over $150 million to date, the deal will mark a positive step in the fintech industry’s ability to help make financial transactions easier to complete and cheaper overall. It may also begin to change the perceptions around emerging middle-class borrowers for mainstream lenders at some point in the future.