Subprime Auto Loans Up, Cars Sales Down: Why this is Good for Gold 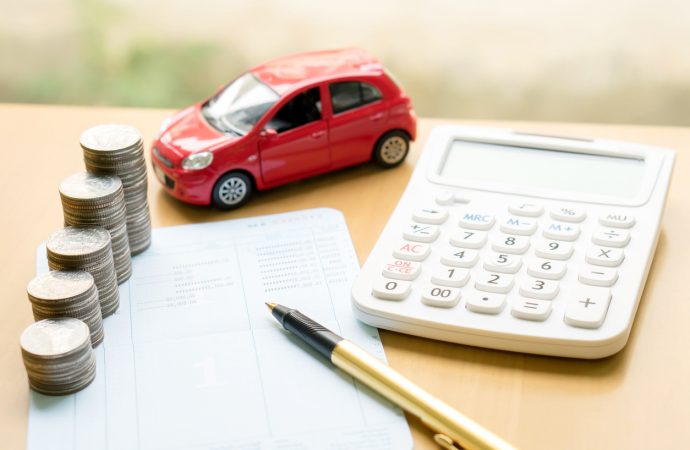 Gold and its relationship to subprime auto loans is an interesting circumstance to ponder. For instance, historically gold has been a safe haven in times of crises and while today there is an active move afoot to suppress precious metals, physical, not paper gold remains a reliable store of value as it has been for

Gold and its relationship to subprime auto loans is an interesting circumstance to ponder. For instance, historically gold has been a safe haven in times of crises and while today there is an active move afoot to suppress precious metals, physical, not paper gold remains a reliable store of value as it has been for millennia.

Contrast this to subprime auto loans which are roughly a $1 trillion market. To understand the basics here, the term ‘subprime’ refers to a higher risk pool of borrowers with weak credit histories and higher propensity to default when compared to prime borrowers.

The combination of a new expensive car, a loan approval packaged with an extended pay back period, up to 7 years or more, has inflated a bubble in this sector that spells trouble. Auto loan delinquencies are on the rise. Used car inventories are rising. Subprime borrowers with upside down loans where they owe more than the car is worth combined with and an anemic economy with falling real wages is fueling yet another bad situation that has this group of borrowers choosing to walk away from their loans further weakening that category of borrowers credit worthiness. The riskiest version is ‘deep’ subprime and that category has increased to almost a third of the subprime loan market. Couple that with unverified loan applications and increasing instances of fraud, and the set up for losses is fully staged and prepped.

This should be a source of great concern as billions of dollars worth of these subprime loans have been repackaged into ‘diversified’ securities and have been sold to investors. Usually even this risky sort of investment would be fine, but given the sheer number of subprime borrowers falling behind on payments, with rising delinquency and default rates and this sort of investment becomes highly problematic. Roughly 5% of the bundled securities sold to investors are delinquent, and its rising as economic issues are weighing heavily on Americans’ budgets.

Subprime auto lending isn’t the only problem sector worthy of note. Mortgages are once again in a bubble, student loans are in a bubble, credit card debt is in a bubble, banks with huge exposure to derivatives are a concern, central banks printing money which makes the money we have worth less, and currencies around the world are in a death spiral to zero as devaluation and inflation are actively pursued as policy.

Never forget that the fate of all fiat currencies is to eventually move to their intrinsic value of zero which isn’t a good thing for investments based on these currencies. We are fast approaching that point. Combined, all these factors point to a clear sign of real trouble ahead for not only the US economy, but the economies of the entire planet. There will be an eventual stampede towards safe haven investments.

Given all of these troubling indicators, gold will once again be in a position to insure against losses when these bubbles burst. Caution, if you don’t hold it, you don’t own it. So I’m not speaking of investment in ‘paper’ gold, rather physical gold. As a rule, precious metals serve as the investment to be in when panic sets in and times get turbulent. Gold’s propensity to be independent relative to correlation to other financial assets is another plus for having physical gold in your portfolio as markets creep ever closer to the abyss.

Gold has been money for nearly five thousand years even though the world has abandoned it as the standard backing paper, fiat currencies. Fiat currencies are backed now only by faith in the issuing government, in essence nothing. Contrary to devaluing fiat currencies, derivatives and investments in subprime loans packaged into securities as a risk filled search for yield, physical gold has always been tangible, durable, portable, divisible, fungible or interchangeable, a unit of account, and a store of value.

Probably the biggest advantage precious metals like gold have is that there is a finite amount, it’s relatively scarce which is a plus for holding value. Gold as money, unlike paper currencies, can’t be printed at will. Gold must be mined, and again, the amount to be mined is finite. History teaches us that paper currencies have a 100% record of failing in the end as a store of value. Every single fiat currency in history has gone to zero value. All these realities continue to be good for gold as an investment. Gold is forever and stable, while investments like subprime auto loans are highly unstable and prone to severe, even total loss.

Automobiles are as American as hot dogs, pizza, ice cream, and apple pie. Autos continue to be a large sector of our economy and the mere fact that lenders and investors are making a market for subprime borrowing is a huge warning sign similar to that of the mortgage crisis back in 2007. If the Federal Reserve keeps moving away from its zero interest policies of the last decade and continues to raise interest rates, then these and other factors listed above bode well for investors in gold.