Is Trump and DeVos at Fault with the Failure of the Federal Student Loan Forgiveness Plan? 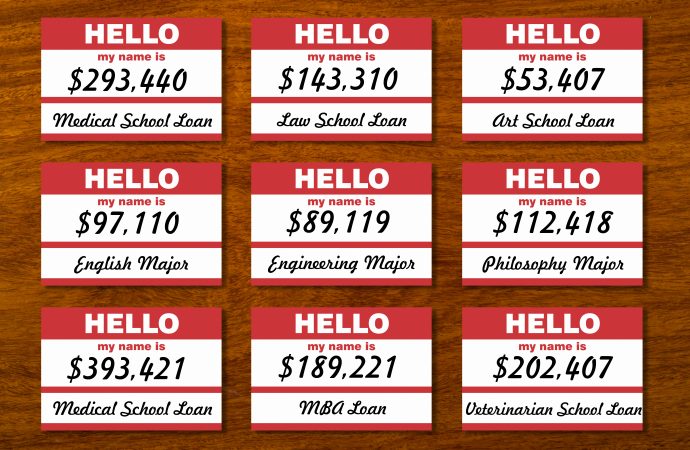 Revised Student Loan Forgiveness Plan Fails Graduates Again For millions of students and graduates across the United States, a student-loan forgiveness plan could alleviate the sky-high costs of higher education. FedLoan Servicing has advertised its recent loan forgiveness benefit for the better part of the past two years, but the company kickstarted its new program

For millions of students and graduates across the United States, a student-loan forgiveness plan could alleviate the sky-high costs of higher education. FedLoan Servicing has advertised its recent loan forgiveness benefit for the better part of the past two years, but the company kickstarted its new program by denying nearly all candidates who applied. At this point, government officials from across the political spectrum are concerned about FedLoan’s ties with the Education Department. Is there reason to suspect a growing coalition between third-party loan agencies and the Federal Government?

What is a Student-Loan Forgiveness Plan, and Whom Does it Apply to?

It’s important to take a closer look at what a federal student-loan forgiveness plan is designed to accomplish. Rather than diminish costs equally for anyone with student loan debt, a forgiveness plan is designed specifically to benefit those who meet certain loan and employment criteria. The two most important factors are the size of an individual’s loan and the type of work he or she engages in after graduation. For example, professions such as teaching and social work have a reputation for strong loan relief options.

Teachers, social workers, firefighters and other service professionals make up the group that felt most betrayed after the initial wave of application denials in 2017. In 2007, these professionals were provided a clear option to lighten their debt under the Public Service Loan Forgiveness Program. However, as the program’s first wave of eligible candidates stepped up to the plate in 2017, the vast majority were sent away without further explanation.

This brings us to today’s dilemma where the government has opened its doors on an expanded loan forgiveness program that has once again dismissed applicants en masse. Critics from around the industry have begun pointing fingers at Betsy DeVos with demands for answers. It has been easy to place blame on the Education Department because their recent mantra has seemingly been to increase the requirements of qualifying for loan forgiveness.

Interestingly, the requirements for the most recent wave of loan forgiveness include that an applicant must have already applied and been rejected for the original Public Service Loan Forgiveness Program. This caveat has flown well under the radar and is a suspected reason that tens of thousands of recent applicants were turned away this year.

The Failure of Student Loan Forgiveness Programs and the Education Department

The fact that so much misinformation is floating around on this subject is at the heart of why Donald Trump and the Education Department have found themselves under the eye of scrutiny. Many critics believe the Federal Government is employing black-hat tactics to withhold the majority of the $700 million budgeted for loan forgiveness. At this time, only $27 million has been put to use.

There is no doubt that misinformation and confusion – whether intentional or otherwise – has caused a great percentage of FedLoan’s overall application denials. Worse, after a candidate is declined, it becomes a lengthy appeal process to have the decision revisited. This throws off the timing for loan forgiveness, and it forces recipients to pay more on their loan than what they had planned for through up to ten years of timely payment.

Still, greater concern exists over whether the Education Department is building a coalition of lobbyists in the industry of third-party student debt consolidation. President Trump has ties with officials in the FedLoan agency. Having connections with the company responsible for handling the forgiveness plan gives President Trump a layer of security in the wake of growing concern over his Education Department’s competency. With Trump’s inside edge, it could be difficult for future democrats and other politicians to employ the sweeping forgiveness plans that have gained popularity among all groups of learners who currently owe on student loans.

Despite the obvious reasons for the popularity of sweeping forgiveness plans, the feasibility of such programs is something the Education Department discredits. With total student debt totaling over $1.5 trillion, the meager budget of $700 million would require a major overhaul. Funding and executing a sweeping forgiveness plan is a general mainstay in democratic campaign strategy for the 2020 election.

When thinking about all the pieces that went wrong with the loan forgiveness plan, its easy to place blame on the Education Department, the Federal Government at large and, of course, FedLoan Services. At the end of the day, however, misinformation and confusion are the leading causes of frustration for those graduates in need of financial help. It is impossible at this time to determine the extent that any of that confusion occurred to deny as many applications as possible. Many cases can be made about the President’s involvement with officials at the FedLoan organization, but no evidence has yet pushed the case beyond the point of speculation.