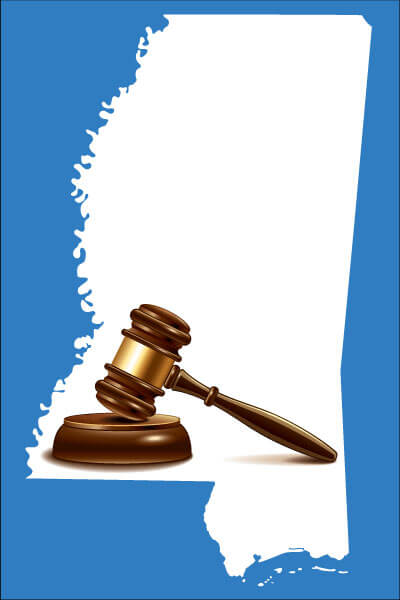 There are a few federal regulations in place governing title loans, chief among them being that all title loan borrowers must be 18 years of age or older. Other than that, the majority of the regulation occurs at the state level. The Mississippi Title Pledge Act governs title loans in Mississippi, along with the more recent Mississippi Credit Availability Act.

How a Title Loan Works

While Mississippi title loan laws have some specific requirements for title loan terms and protocols, the loans themselves are fairly simple to understand. When you obtain a title loan, you’re using your car as the collateral on the loan, which means that your car is what determines approval for the loan and also the maximum amount that you’re able to borrow. You don’t need to go through a credit check, making title loans a common option for borrowers with bad credit. Title loans tend to have very high approval rates, since the value of the car involved is all that matters for that.

The Mississippi Title Pledge Act lays out the requirements for title loan contracts in the state. They’re known as title pledge transaction forms, and they must include the following information:

Many states don’t put any sort of cap on the amount of interest that title loan companies are able to charge. Mississippi does, although it’s a very high cap of 25 percent per month, which is equivalent to an APR of 300 percent. If you borrowed a title loan for 2,000 dollars at this 25-percent monthly interest rate, you would need to pay 2,500 dollars in 30 days to pay your title loan off. Title loan companies are able to charge these high interest rates because they’re lending to high-risk borrowers who typically don’t have any other loan options.

Title loan rules in Mississippi put the limit on title loan amounts at 2,500 dollars. The maximum amount you can borrow also depends on the current market value of your car, as the title loan company will use that to figure out how much it is willing to lend you. To make sure that your car doesn’t have anything that could significantly detract from its value, title loan companies perform quick vehicle inspections before issuing title loans.

Mississippi title loan laws set the length of title loan terms at 30 days. This is the most common term length for title loans across the United States. If you’re unable to pay back your title loan in full on the payment due date, you do have the option of extending your loan for another 30-day term, which is also known as rolling over the loan. In many states, you only need to pay the interest on the title loan to roll it over, and the loan principal carries over to a new repayment period.

The former is far more likely than the latter, as title loan companies don’t want to lose money by reducing your loan principal for you, especially since they also have the option of repossessing your vehicle.

The high monthly interest rates on title loans combined with the option to extend them makes it far too easy for unfortunate consumers to get trapped in a cycle of debt. If you have bad credit and need a loan for 2,000 dollars, it’s unlikely that you’re going to have 2,500 dollars in 30 days to pay off your title loan in full. It’s more probable that you’d have 700 dollars, which you could use to pay the interest charge and 10 percent of the loan principal to keep your loan going for another 30 days. But if you do this for 10 months, you’ll end up paying a total of 7,000 dollars to pay off a 2,000-dollar loan.

Title loan laws in Mississippi that require you to pay at least 10 percent of the loan principal on an extension do provide some consumer protection. It ensures that borrowers won’t be paying their title loans indefinitely without making a dent in the principal, which can happen in other states. But it still leaves consumers vulnerable to paying a huge amount in interest.

If you fail to make your title loan payment, then Mississippi title loan repossession laws give the title loan company the legal authority to take your car and sell it to recoup the amount of the loan.

The title loan company is able to repossess your car immediately after you default on your title loan, although whoever performs the repossession does need to follow Mississippi towing regulations. No court hearing is required before the title loan company can repossess your car, as they don’t need a court order to do so. Mississippi towing regulations prohibit repo agents from tricking you into bring your vehicle into a shop and then repossessing it when you leave, but they can repossess it if you’ve brought the vehicle into a shop on your own accord.

Repo agents may not breach the peace to repossess your car, which means they cannot use any sort of violence or come into your home uninvited. Keep in mind that filing bankruptcy does not prevent repossession of your car.

Mississippi title loan laws provide you with a right to cure, which means you can catch up on your payments to prevent your car from being repossessed or sold. The right to cure time frame is 30 days after the due date of the title loan payment that you missed or three days after the repossession of your car. After repossession, the title loan company must mail you a notice providing information on the amount you need to pay to prevent your car from being sold, and when the car will be sold. The amount you need to pay to get your car back can include your loan principal, any outstanding interest and repossession fees that the title loan company incurred.

What about if the car sells for more than the amount that you owe? In that case, the title loan company must provide you with 85 percent of the surplus amount.

In 2016, the Mississippi Senate approved the SB2409 Bill, also known as the Mississippi Credit Availability Act, by a vote of 38 in favor, 11 against. The bill relates to installment loans, including title loans and payday loans.

Much of the bill provided similar stipulations as the Mississippi Title Pledge Act. Part of the reason the Mississippi Credit Availability Act came into being was because the U.S. Consumer Financial Protection Bureau was enacting several reforms across the nation to curb the short-term lending industry. Passing the bill helped ensure that title loans and payday loans would still be available in Mississippi even after those reforms came into play.

While proponents of title loans and payday loans point out that they allow consumers who have bad credit and no other options to get fast cash, they also bury those consumers under a mountain of debt. These type of loans could work with lower interest rates if consumers only borrowed them to pay off immediate needs and then paid them back on the due dates. However, most borrowers don’t do that, because they’re not in a position where they’re able to. With both title loans and payday loans, many borrowers end up taking out multiple loans per year. Title loan laws in Mississippi at least prevent title loan borrowers from paying off their title loan with another title loan, but this is about the only protection it offers in that regard. It’s still very possible for consumers to end up taking out title loans over and over again.

How Mississippi Title Loan Laws Compare to Other States

Just about the only place where the state is ahead of the curve when it comes to consumer protections is its requirement that the loan principal must go down by at least 10 percent each time borrowers extend their loans, starting from the very first extension. While borrowers still pay quite a bit in interest by extending their loans, this at least prevents them from paying month after month only to find that they haven’t put a dent in their loan principal, a situation which is far too common in states that don’t have this requirement in place.

Mississippi title loan repossession laws provide you with very little protection, so you’re on your own if you default. While title loans can work as an absolute last resort, you’re better off looking for alternate options.