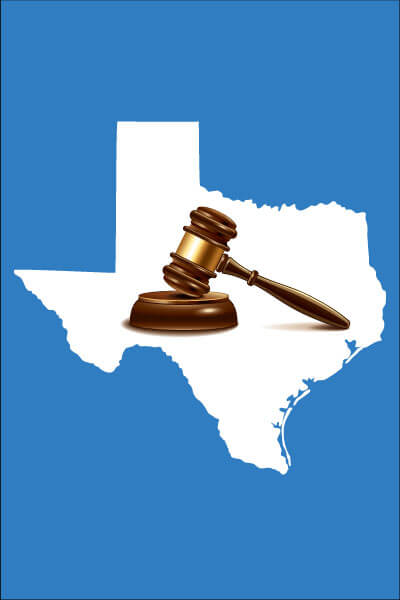 Title loans are short-term, secured loans that are based on the value of a vehicle the consumer uses as collateral. Title loans are usually small-dollar loans designed to help consumers catch up on car payments, rent, utilities, groceries, and credit card bills. In most cases, the loan term is about four weeks and the consumer continues driving their car while making payments. It's also possible to roll over the loan into a new title loan at the end of the term for more time to pay.

Texas title loan laws regulate many areas of this industry, including requiring certain disclosures for borrowers and licensing by title loan providers. While title loan requirements in Texas are looser than most states, there are several forms of regulation designed to protect consumers.

Texas law currently places no cap on title loan amounts, although there is an interest rate cap of 10%. There is currently no fee limit. According to regulator data, the average cost of a Texas title loan is 114% or a 277% APR.

Title loan lenders do have an exception to Texas' usury laws capping interest rates at 10%; title loan providers can register as a Credit Access Business (CAB) under the Credit Services Organization (CSO) Act of Texas to broker loans between a borrower and a third party lender. This exception allows the title loan storefront to charge fees for arranging and guaranteeing the loans while the third party lender charges an interest rate at or below 10%. CAB fees fall outside of Texas title loan laws and thus have no caps.

In general, Texas title loan borrowers pay an average of $21 for every $100 borrowed with an average loan term of 29 days for a single installment loan. Title loan rules in Texas help keep this cost of borrowing lower than many states, and title loans do cost less than payday loans in the state.

One important area in which title loan laws in Texas place limits on borrowers is term limits. Borrowers do face loan term limits in Texas: credit service contracts may not exceed 180 days. This means a 30-day original title loan can be renewed a maximum of five times before no more renewals are allowed and the loan is due in full.

Disclosures for Fees and Interest Rates

House Bill 2592, which became effective in 2012, gives borrowers more protection. As one of the most recent Texas title loan laws, this rule requires lenders to provide more noticeable disclosures about the fees and interest rates on a loan. Under 2592, credit access businesses (CABs) must provide the consumer disclosure from the Finance Commission that includes interest, fees, and the APR of the loan with a comparison of these charges to other "alternate forms of consumer debt." The consumer disclosure is also required to explain fees a consumer must pay to renew a title loan.

House Bill 2594 was one of two title loan rules in Texas passed in 2011. This law requires that car title lenders and payday loan providers be licensed and regulated in the state of Texas. The goal of this legislation was to close a loophole allowing CABs to avoid licensing and regulations that apply to small loan providers.

Under Texas law, a vehicle can be repossessed by a lender even if the borrower is just "late" on the loan. It is possible for a loan to be repossessed just one week after the borrower misses the due date. A lender does not need to go to court to repossess a vehicle or provide advance warning of repossession. A repo man is allowed to come onto private property to repossess a car, but they cannot disturb the peace or destroy or damage property.

On average, there is 1 vehicle repossession for every 36 active loans in Texas or about 8,000 vehicles repossessed or surrendered under a car title loan out of more than 138,000 title loans obtained during a single quarter.

Based on current title loan repossession laws in Texas, a title loan provider is not required to return any surplus after the sale of a vehicle and may pursue the borrower for any deficiency. This means if a consumer owes $4,000 on a title loan plus $500 in additional fees for repossession and rekeying but the vehicle only sells for $3,500 at auction, the borrower will still owe $1,000.

Contrary to popular opinion, the vast majority of title loan borrowers do not lose their vehicle to repossession. A study published in the University of Illinois Law Review surveyed over 400 title loan customers in Texas, Idaho, and Georgia (which have laws similar to title loan laws in Texas) and found that less than 10% of vehicles involved in car title loans were repossessed. The study also found that less than 15% of borrowers had no other means of getting to work if their vehicle was repossessed.

Borrowers are encouraged to work with a lender who understands title loan repo laws in Texas and explains these laws and any necessary disclosures clearly before the loan is finalized.

In addition to statewide Texas title loan laws, there are sometimes laws that apply to certain towns and cities. Dallas passed two restrictions on payday loans in 2011, for example, to restrict short-term lenders to operating in specific areas and limiting the amount consumers can borrow. Killeen, Texas passed a massive new regulation in 2016 that requires lenders ensure consumers do not borrow more than 20% of their monthly income.

Some title loan regulations in Texas apply to dozens of larger cities. In Dallas, Houston, San Antonio, Austin, and many other cities, title loans are limited to 70% of the vehicle's current market value or 3% of the borrower's annual income, whichever is lower.